THE FACTS ABOUT HONG KONG – A Vibrant Business Centre in Asia

THE FACTS ABOUT HONG KONG – A Vibrant Business Centre in Asia

Hong Kong is a former British Dependent Territory which became a Special Administrative Region of the People’s Republic of China with effect from 1 July 1997. Hong Kong continues to have high autonomy in the running of its affairs under a one country, two systems concept.

Hong Kong is a vibrant city, and a major gateway to China. This page will give you the facts about Hong Kong – from the form of government to the languages used.

Hong Kong remains a relative powerhouse in world trade and with a comparatively small population of more than 7 million, is one of the top twenty trading economies, the world’s third largest financial centre, and vies with Singapore as the largest container port by volume. Hong Kong remains the most significant gateway into Southern China.

Hong Kong is a Special Administrative Region of the People’s Republic of China. Following British rule from 1842 to 1997, China assumed sovereignty under the ‘one country, two systems’ principle. The Hong Kong Special Administrative Region’s constitutional document, the Basic Law, ensures that the current political situation will remain in effect for 50 years. The rights and freedoms of people in Hong Kong are based on the impartial rule of law and an independent judiciary.

Hong Kong’s economy is characterised by free trade, low taxation and minimum government intervention. It is the world’s 12th largest trading economy, with the mainland of China as its most significant trading partner. Hong Kong is also a major service economy, with particularly strong links to mainland China and the rest of the Asia-Pacific region. 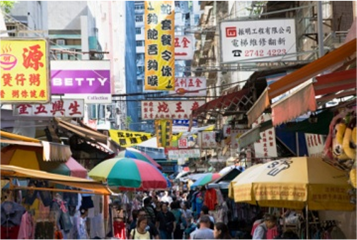 Hong Kong’s population was approximately 7.00 million in 2009. People of Chinese descent comprise the vast majority of the population, with foreign nationals comprising 5%.

Chinese and English are the official languages of Hong Kong. English is widely used in the Government and by the legal, professional and business sectors. Trilingual professionals who speak English, Cantonese and Putonghua play a vital role in the numerous enterprises trading in Hong Kong or doing business with mainland China and Taiwan. 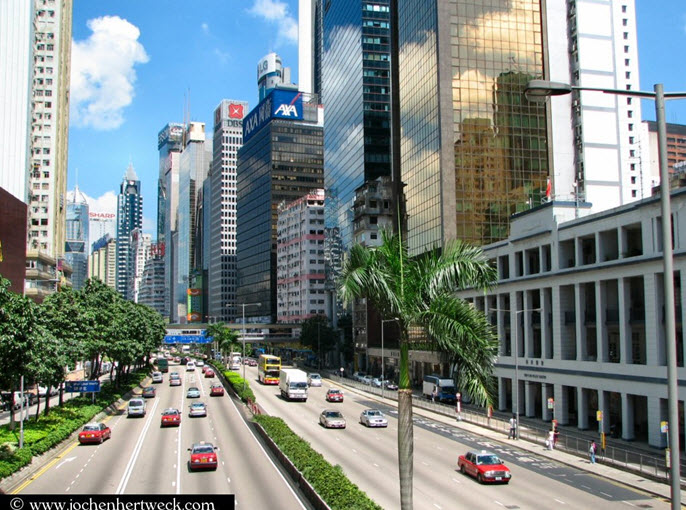 Hong Kong’s corporate law is strongly based on the British common law. Local businesses are regulated and Hong Kong regards itself as a low tax centre rather than a tax haven. Taxes are levied on profits, salaries and properly with varying rates. Estate duty was completely abolished on 11 February 2006. Only profits derived in Hong Kong are assessable for taxation and genuine offshore transactions are not subject to Hong Kong tax, although the Inland Revenue Department (IRD) is extremely diligent in its determination of onshore and offshore profits.

Due to Hong Kong’s role as a major trading and entry point to the mainland and Asia, the bulk of companies formed in Hong Kong are for trading purposes generally.

Chinese names are permitted and can be included on a company’s Certificate of Incorporation. Each Hong Kong company must have a local secretary and a local registered office which must be a physical address and not just a Post Office box.

Each company must have at least one director and corporate directors are permitted for companies that are not subsidiaries of public listed companies.

The company should have at least one shareholder. Details of the company’s directors, shareholders and secretary must be filed at the Companies Registry and are on public record.

Each year the company must submit an annual return and penalties apply for late filings and there is an ever increasing vigilance by the Companies Registry for this purpose.

All companies must obtain a Business Registration Certificate from the IRD and are required to file a set of audited accounts with the IRD annually.

Company names may be expressed in both English and Chinese characters.

Numerous banks, stockbrokers and finance houses as well as all the major international legal and accounting firms are present in Hong Kong. Hong Kong is also well-served by local secretarial, corporate management and trust companies, and has an efficient modern and dynamic banking system that is designed to assist the international business community.

Hopefully, it would testify best cheap essay writing service of my dedication to help students be successful in tutoring before and after school, and his missed lunches due to lunch detention and